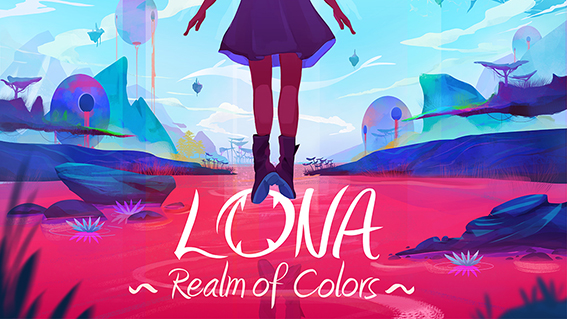 Funding a game production from the world community through Kickstarter can be a daunting prospect. Coming from the rich culture of Iran, Amirhossein Erfani, this dedicated artist curator is used to doing what others may consider impossible.  Lona: Realm of Colors is a game produced in a group effort by a small band of Iranian artists, tackling globally personal stories through the visuals and emotions of color.

Amir has always been an extremely strong advocate for the art of Iran and the bringing of artistic expression into the modern medium of digital.  Seeing this as a mission, Amir has also stepped up and opened a SIGGRAPH Chapter for the local Iranian artists in Teheran. “That project is very much alive.  The energy and positivity is brilliant,” he says.  For those uninitiated, SIGGRAPH is an annual technology conference which originally covered computer graphics but now includes Virtual Reality, cinema science, animation, 3D printing, game engines and visual effects, to name just a few. Now as an international symposium, SIGGRAPH has chapters in a almost every country. 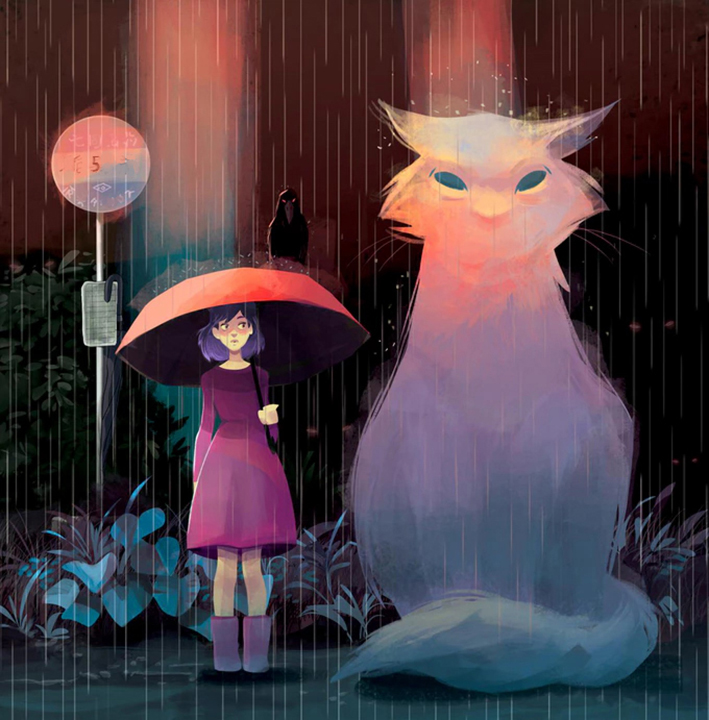 Erfani’s wife, Taraneh Karimi, an accomplished concept artist in her own right, had ideas and goals of her own. One of them was Lona: Realm of Colors.  “Lona is the girl I lived as a teenager choosing art as an escape from all the struggles I was facing at the time,” Taraneh chimes in. “This choice we made for the girl as the main character of the game gives us an opportunity to express originality in the narrative.”  The challenges are relatable and while some are subjective, this adds a cool edge to each level of the game.  Indeed, working in the game industry in Tehran, Taraneh Karimi was in the right theatre to make true her ideas. “It fascinated me the day we discussed the possibilities,” she adds, “the opportunity to tell the world my story in form of interactive media could be easily a dream come true!”

“Watching Taraneh over the years there are times when she is painting and painting,” explains Erfani, “trying to perfect something, to work something out in her head.  It seems she used painting as a way of sorting through all kinds of problems she was having and this gave us both the first idea of the game.”

Two years ago the creative Iranian couple decided to pursue the idea.  They needed a good game designer and Erfani knew another Iranian living in Sweden.   He was able to start a Kickstarter campaign which, as was seen over the past weeks, succeeded spectacularly.  “We needed to put together a ‘proof of concept’ so we could know without a doubt that people liked what we were cooking,” he adds, “but, really, the success with the Kickstarter campaign was what we required as proof.  So, there’s nothing in the way of us making this game, which is crazy exciting to think about,” says Amir.

Lona is a teenage girl, trapped in her art.  Like many teenagers she has her struggles in life. These challenges are not made clear to the player but the effect of these struggles are accentuated by colors, shown throughout the game. The struggles are subjective and the character of Lona deals with her fears through the expression of emotions with her paintings. The more she paints, the more she is consumed by her art.  This is interactive story-telling and we had to concentrate on the game mechanics.  The users cannot just navigate with concept art, so we devised characters alongside the girl which the user can swap.  There is a cat and there is a crow, and each represent a different side of the story.

The game is being made in Unity engine. There will be 15 levels or scenes.  Each level has two sides of Dark and Chaotic from the Crow and the Cat points of views.  The player has to solve puzzles in order to bring a balance to these surrealistic interpretations of a single situation, and be rewarded with the balanced and real version of each level. The choice of game engine for Lona:Realm of Colors is Unity mostly because it gives a lot of space to develop the team’s own tools and by using a few plugins they can easily make sure a 60FPS is delivered for each level both on PC and Mobile. “The ‘switch mechanics’ allow us to use colors and music to accentuate the changes,” explains Amir, “which makes for a very immersive playing experience.”

The game-play is a classic point and click type but everything you do and each item in the scene is part of Lona’s story. Everything is there as a part of the game’s grand narration and it’s up to you to piece together everything and find out the real story.

Amir is also involved in mobile game production in Teheran.    He says the game production industry is growing in Iran and looking very promising.  “Earlier on, a lot of PC game developers in Iran couldn’t sell their games terribly well,” he says.  “We have now something like the App store or Google Play, but just the local version, and many games have started to give back, with good profits and this prompted companies to focus on mobile games a whole lot more.   The industry is finding some wins out there and progressing.” 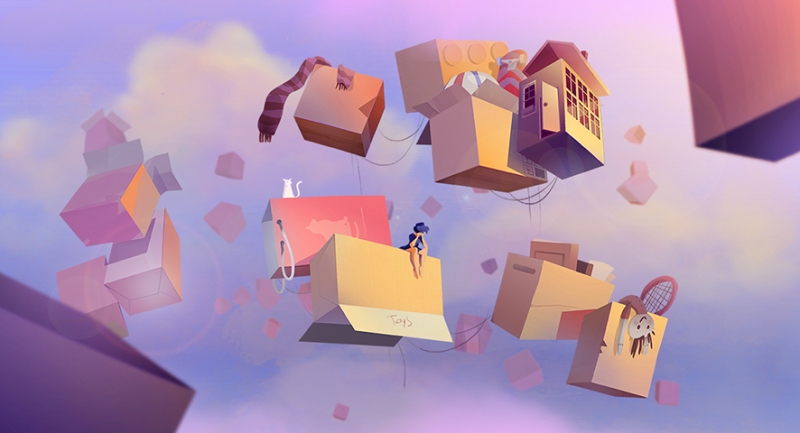 Nestled in the invisible cubicle of a Skype call, Amir and I spoke at length about how our lives have changed and morphed since the last time we shared a meal.  The last time we met it was on the streets of a steamy Singapore in 2012, in town to be a part of SIGGRAPH Asia, the digital artists’ technology conference.  He has participated in the SIGGRAPH symposium three times in the States as well, the last time in 2013.

“When you do something extraordinary like that, it takes a lot of energy as you can imagine,” says Amirhossein Erfani.  “When you do it again, it doesn’t look so extraordinary to others.  People would say, hey he’s doing it again, so it must be easy to do.”

For many years Erfani hosted and ran a gallery and forum community online for the digital artists in Iran, nurturing and promoting Iranian culture and talent abroad. On one occasion, he collaborated closely with the Prince of Persia Art Director Raphael Lacoste and many others to generate an art challenge on the site and turning it into something particularly special.

The Lona: Realm of Colors Kickstarter campaign has exceeded the target set in August, with 145% funding, which is the mobile release goal.  It is on schedule for release as early as August 2018.