The man known for revolutionizing VFX is coming to the VIEW Conference.
Dennis Muren has been named as the latest keynote speaker for VIEW Conference 2018. 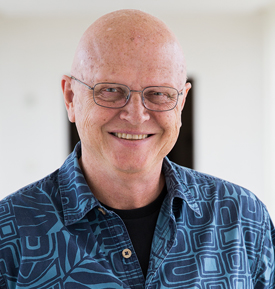 Dennis Muren, the VFX Supervisor known for his work at Industrial Light & Magic on Indiana Jones, Jurassic Park, The Abyss, Terminator 2 and Star Wars: A new Hope, and Star Wars: The Empire Strikes Back is the latest keynote speaker to be announced for the VIEW Conference 2018 in Turin, coming up for 22-26 October.

Industrial Light & Magic’s Senior Visual Effects Supervisor and Creative Director Dennis Muren ASC, received his ninth Academy Award for supervising the visual effects in Steven Spielberg’s Jurassic Park and his 13th Oscar nomination for Spielberg’s War of the Worlds. He holds two Guinness World Records – for most Oscars and most Oscar nominations for visual effects and was the first visual effects artist honored with a star on the Hollywood Walk of Fame. In February, 2007, the Visual Effects Society honored Muren with a Lifetime Achievement Award, and he became a VES fellow in 2010.

As Creative Director of ILM, Muren is currently a key member of the company’s leadership team and collaborates with all of ILM’s supervisors on each of the films that the company contributes to. In addition, he is writing a book on ‘observation’ for digital artists.

Beginning with Star Wars Episode V: The Empire Strikes Back, many of the features Muren supervised were breakthrough films in terms of visual effects, not the least of which was Jurassic Park, the first film in the Jurassic series. It was first to feature star soft-body CG creatures, and its billion-dollar box office convinced Hollywood filmmakers it wouldn’t be the last. 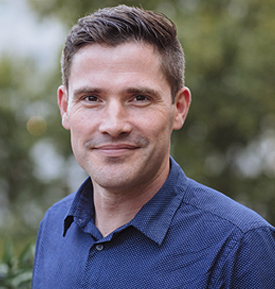 In fact, twenty-five years later, Industrial Light & Magic’s David Vickery was the overall supervisor for the fifth Jurassic film, this year’s Jurassic World: Fallen Kingdom, which has earned more than a billion dollars at the box office. Vickery joined ILM in London as a visual effects supervisor in 2015. Prior to that, he received a visual effects Oscar nomination and a BAFTA Award in 2012 for Harry Potter and the Deathly Hallows Part 2.

Dennis Muren will talk about his latest projects; he’ll delve into the Star Wars universe and further discuss insights into the industry as it stands now, compared with times past. He’ll also give his views of those emerging technologies that are so compelling to the creative spirit.

The international VIEW Conference, Italy’s premiere event for Computer Graphics, Interactive and Immersive Storytelling, Animation, Visual Effects, Games, and VR, AR, and Mixed Reality, brings top professionals from those fields to the beautiful baroque city of Torino, Italy for a week of talks, presentations, and workshops.

This year’s conference takes place from October 22 to 26.